Caterham Debuts Its First Ever Motorcycles At 2013 EICMA Show

Home/Constructors, Events/Caterham Debuts Its First Ever Motorcycles At 2013 EICMA Show
Previous Next

Caterham Debuts Its First Ever Motorcycles At 2013 EICMA Show

Catherham is a small Group used to be known for producing a handful of custom Lotus Roadsters each year. Since 2006, the company has diversified, opening several divisions (Caterham F1 Team, Caterham GP2 Racing, Caterham Technology & Innovation, Caterham Composites, Caterham Moto Racing Team Moto2 and Caterham Cars). The company is now entering the motorcycle business and just unveiled in Milan at the EICMA show its first ever 2-wheel models. 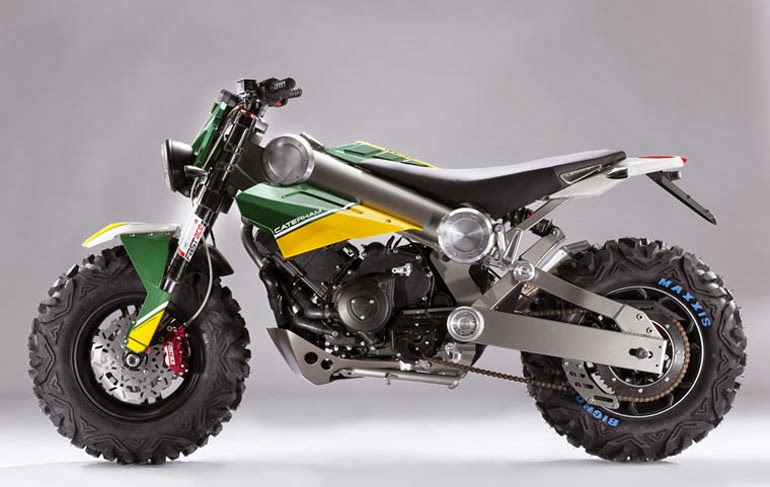 The Brutus 750 presented as the SUV of motorcycles. Fitted with an automatic transmission is both a bike you can ride in the street, as an off-road machine or as a snowmobile with a conversion kit taking less than 4 hours to install.
Below, the Carbon E-Bike is a premium bike with modern styling inspired by F1 technology. A limited edition version featuring exclusive F1 input and materials will also be released. The Classic E-Bike, a tribute to the golden age of British motorcycling has a range of 25 to 50 miles and doesn’t require a license in the European Union.
Caterham is also about to launch an environmentally-friendly sportcar being developed with French auto maker Renault, then plans the launch of an SUV and sporty city car. 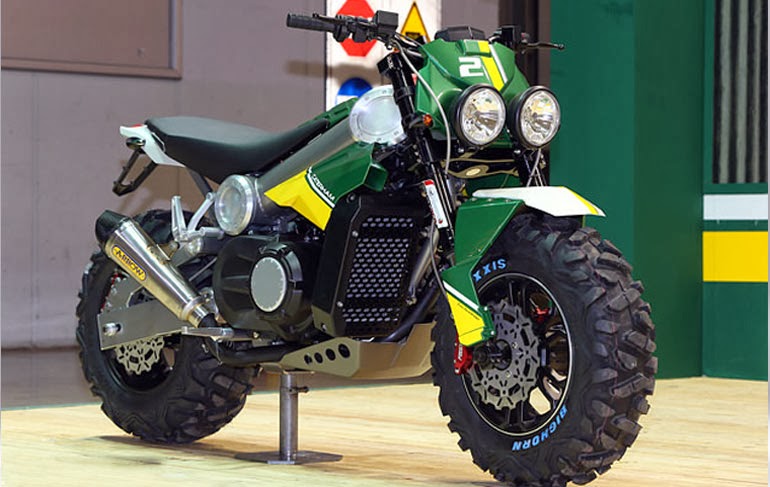 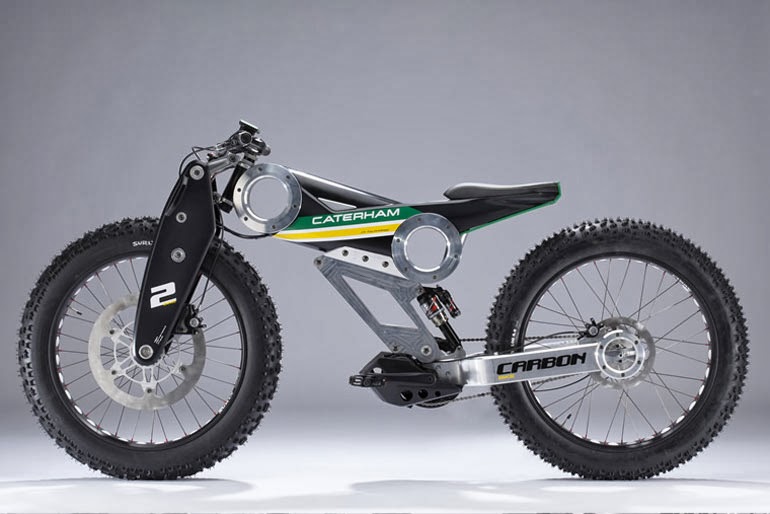 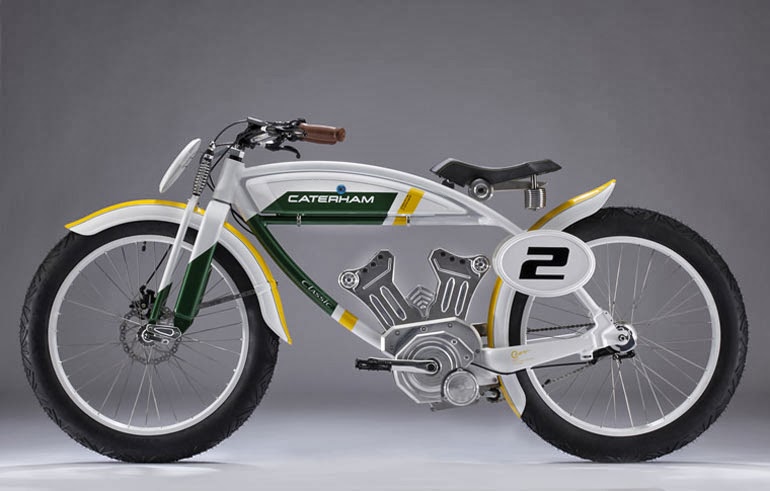