This bike was commissioned by Uli Bree, the Tridays mastermind,  to celebrate the 10th Anniversary of the event. That’s why the name of the bike..”Tri” for Tridays and “Ten” for the 10th anniversary.
The Tridays is one of the greatest Triumph events in the world with thousands of enthusiasts of the english brand who stays 3 days in an small town in Austria enjoying concerts, races, tours, beer and friendship,.. 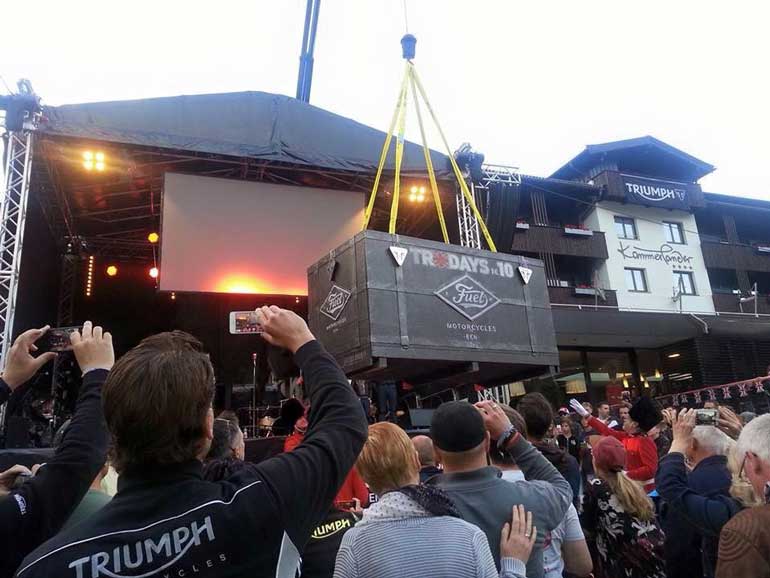 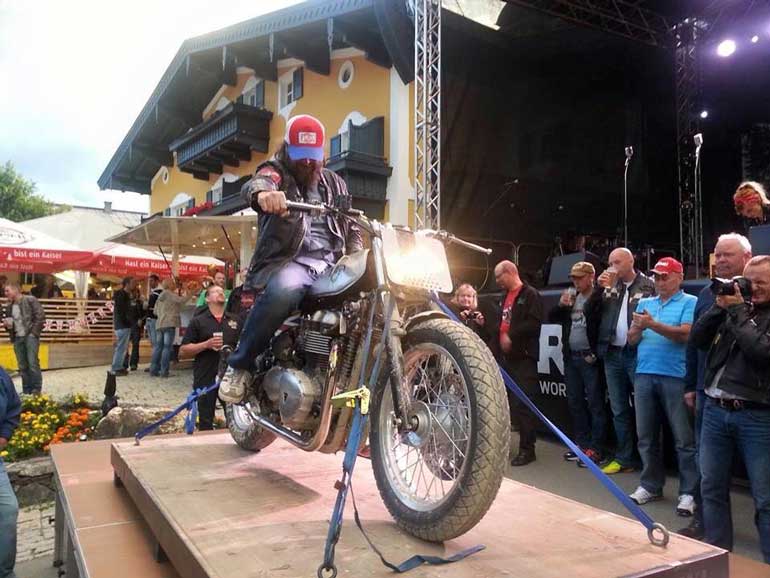 The donor bike was a Triumph Thruxton EFI from 2014…a bike with a electronic fuel injection , can bus, 865cc air cooled parallel-twin  and 70Hp at 7.400 rpm.
The inspiration came from the old speedway motorcycles which had an small tank, single seat, a very characteristic rear fender and low center of gravity to drifting easily.
So the main mods was to find and adpat and smaller tank , but to do that we had to change the original fuel pump (which is located inside the tank) by an external one, then we shorten the subframe and welded a final curve to fit the solo seat.
The tank was polished and coating with a clear varnish (the same for the fenders)
An small speedometer was located on the frame in order to leave the handlebar “clean” with only the switchs from Motogadget, a classic tommaselli throttle a new brake master cylinder.  New air filtres and front light from Free Spirits makes the racing look and changing the mapping we get some extra horsepower.
We build new fenders specially the rear one with side plate for the number which is very characteristic from the speedway motorcycles. For lowering the bike we mount a shorter Hagon Nitro rear shocks.
Because we couldn’t mount the reserve fuel sensor inside the tank we add an old style reserve visor on the right side of the tank so you can see the fuel level.
For the tyres we got a Bridgestone Trail Wing TW54 and TW53 which gives a very good grip for drifting on dust tracks.
The exhaust collector was cut it and we added a short silencer that gives a stunning sound.
The build tooks 5 months work and we would like to thanks  to Albert and Lucas from Solo Triumph  Barcelona who made all the electronic part and  Brusco (a Barcelona artist) who painted the rear tire lettering . 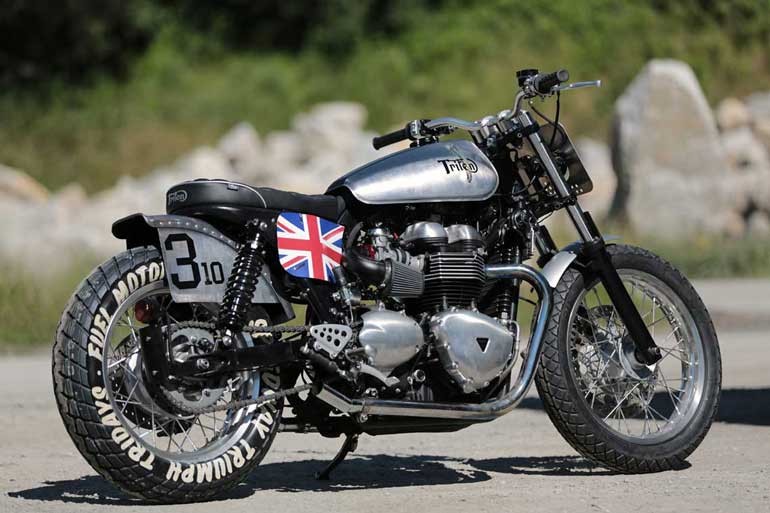 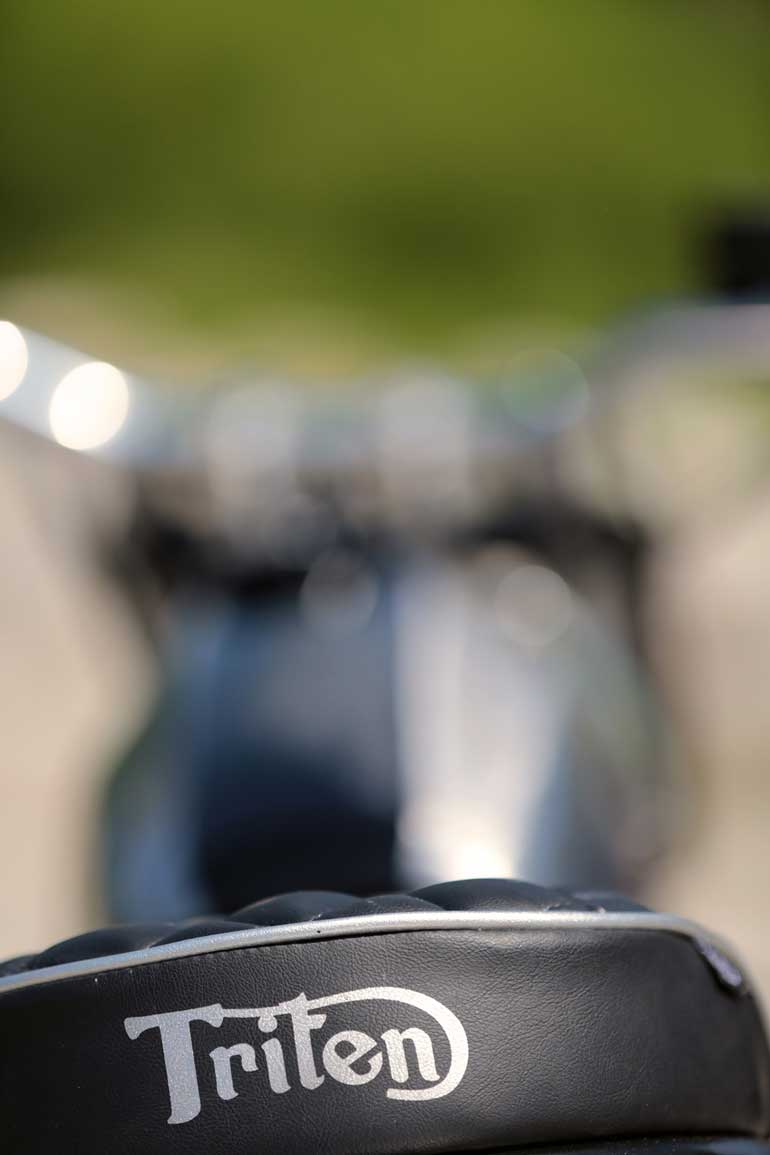 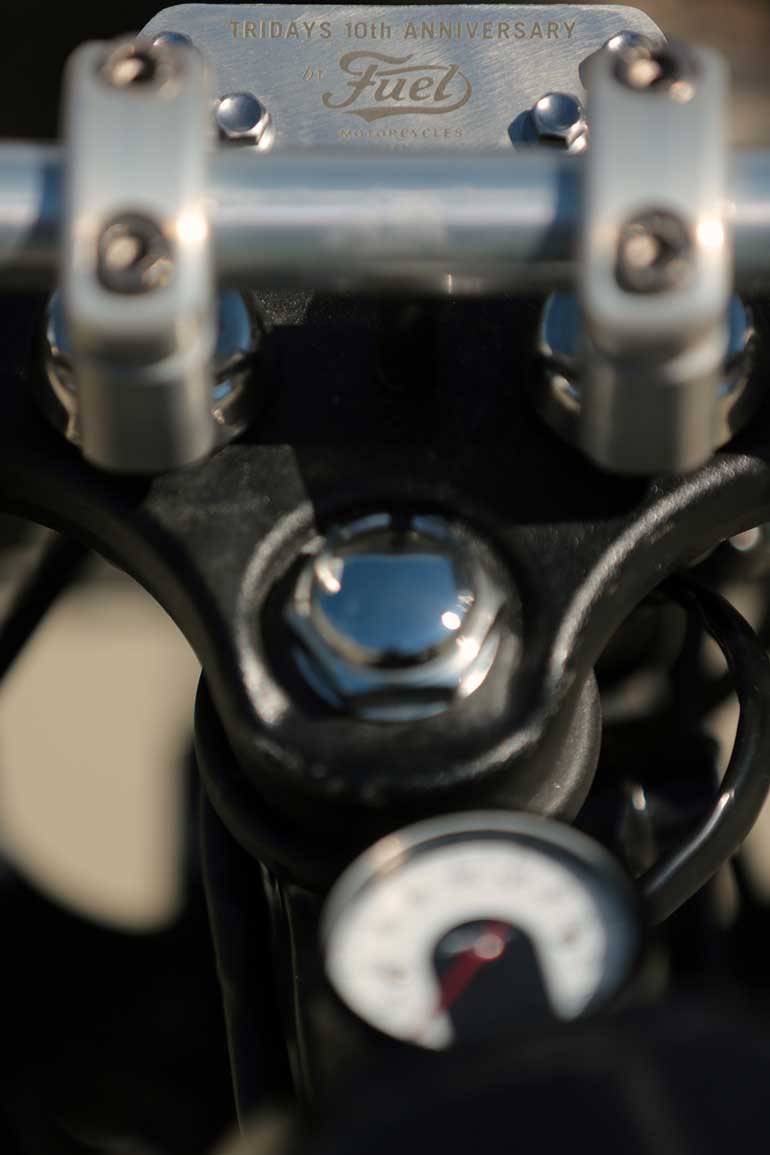 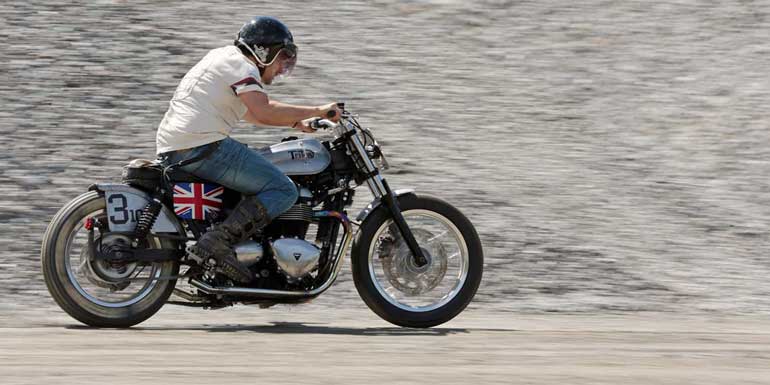 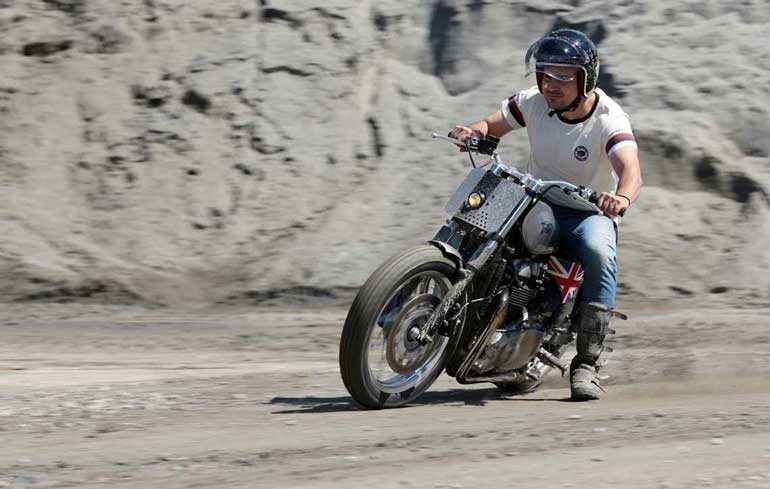 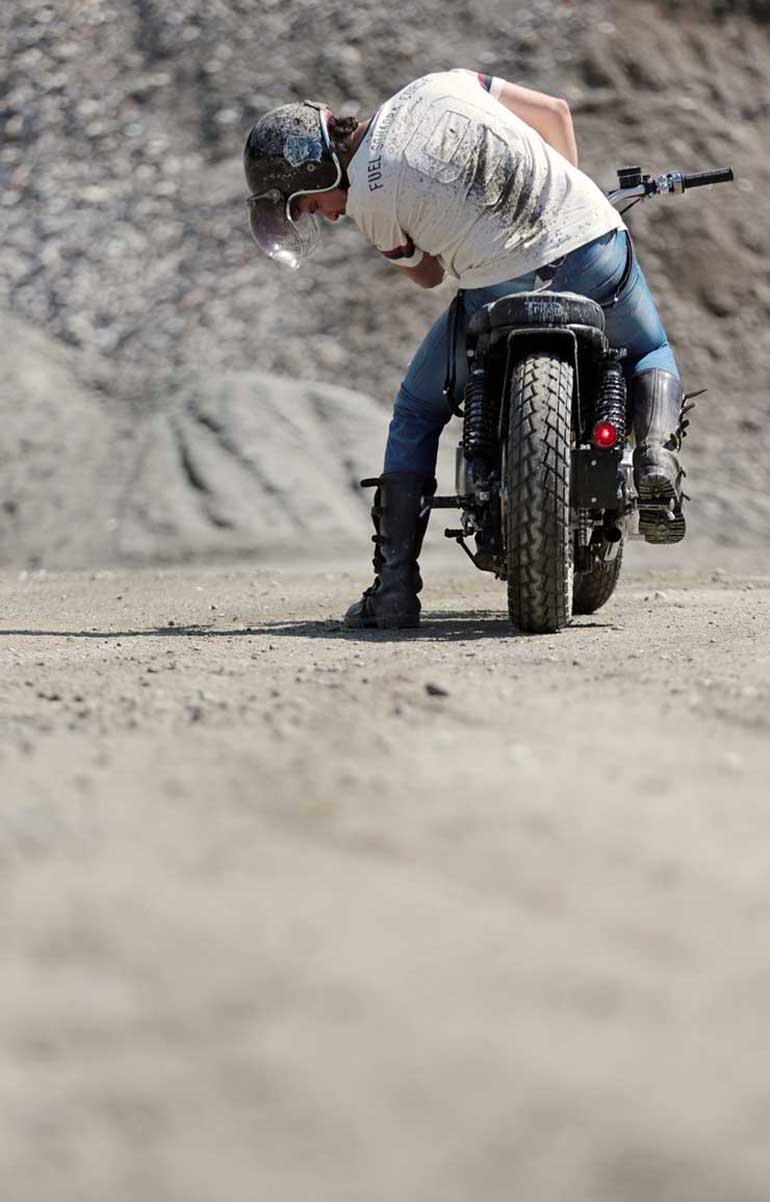 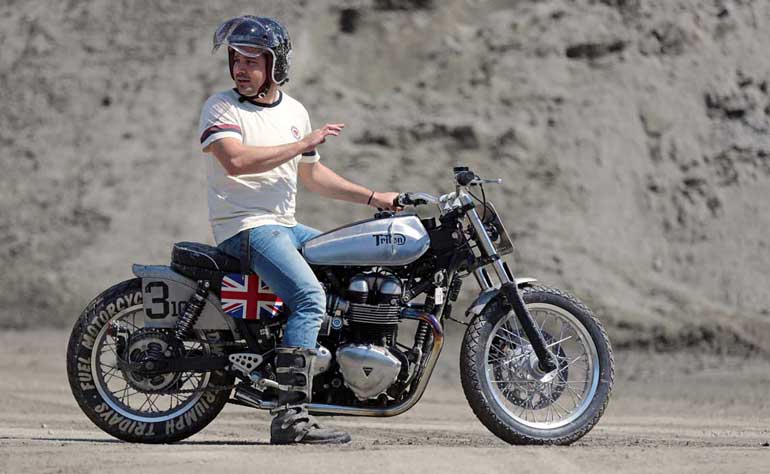 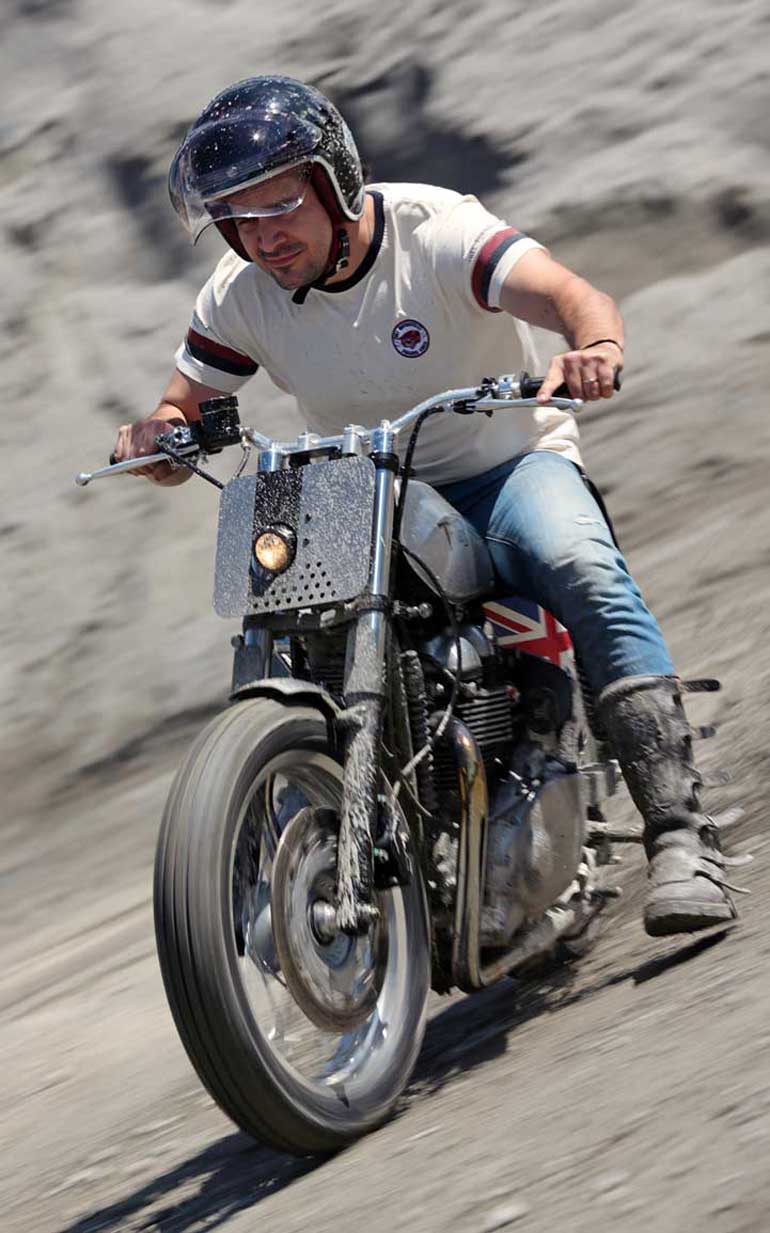 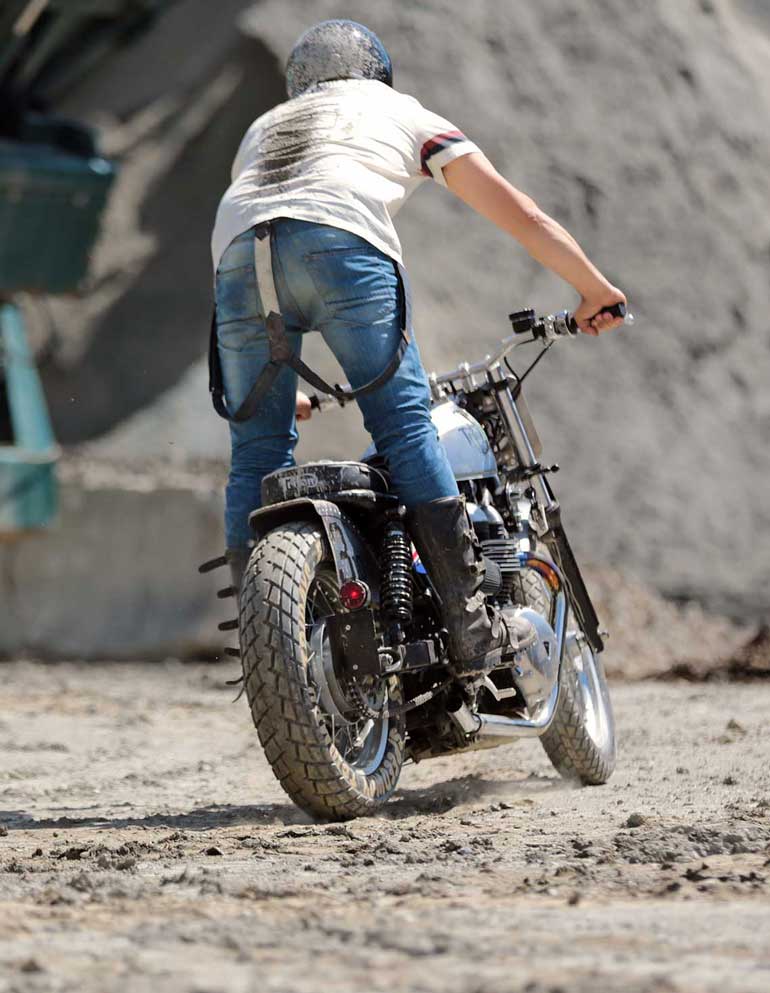 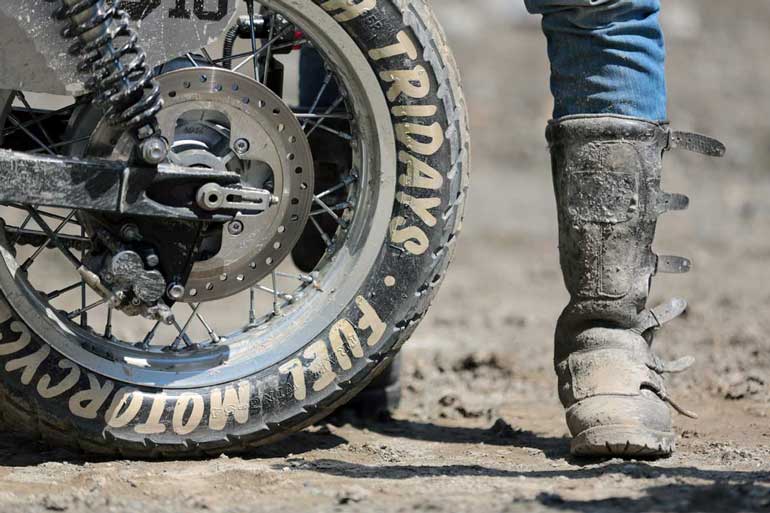 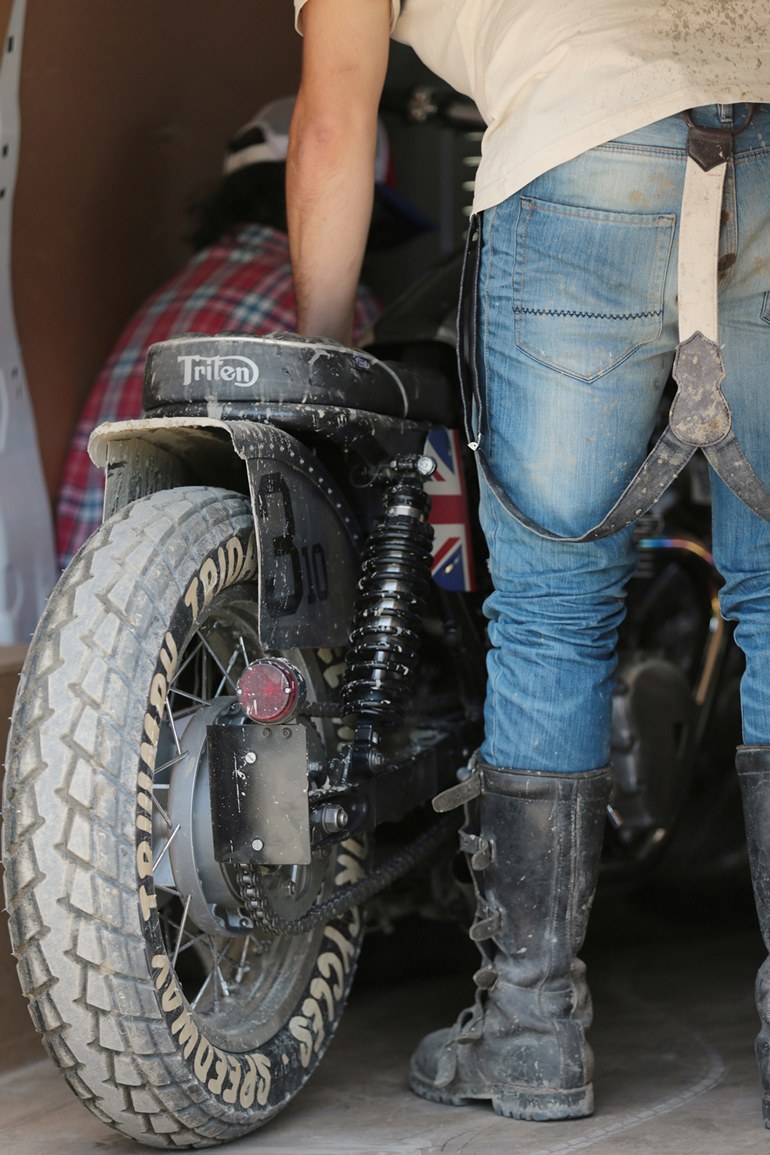